In our PSHE lesson this week we started to think about money and what it is for. This linked nicely to our maths lessons where we have also been learning about money; recognising coins and counting and making amounts of money.

We decided money is very important because you need it to buy lots of different things. We had a class discussion and these were our ideas:

The children discussed what they spent their money on. Most of them said when they have money they spend it on toys, sweets, new things and games.

We then discussed what adults spend their wages on:

On our return to school on Wednesday we discovered something completely out of the ordinary. In the outdoor area of our classroom there was a tent with lots of things left inside it… we had no idea where this came from! That was until we found a note hidden in the classroom from a certain somebody explaining everything.

We received a letter from a mystery person called PP. He had left his lots of his belongings with us whilst he visited the research station in Svalbard.

We wrapped up warm and went outside to search through the things PP had left at our school. We discovered a camera, a compass, a hat, scarf and gloves, some food. We were left baffled by who on earth this could be until we put all of our clues together of all the items he had left us to find out that he was in fact a polar explorer and his name was Professor Pole. He has left his things with us whilst he visits the research station in Svalbard.

He left us a video to watch which was very interesting and told us everything!

We studied really hard to figure out why a polar explorer would need the things he had left.

Here are a few ideas we came up with…

Next week we will be looking at all the different Polar Regions!

For our first art lesson of the spring term we were looking at colours. We had a discussion at the beginning of the lesson to see how many colours we could think of in our groups. As a class we thought of almost 20 different colours. These included colours such as turquoise, magenta, maroon and lilac! This then lead to our discussion and our main learning point for the lesson about primary and secondary colours.

This week in Computing, we learn all about the Tomato Spider. Here are some of the things we learnt…

Here is the link where we found all this information: https://cocoon.education/tomato-spider/

But, the more we looked into it, we soon discovered there was no such thing as a Tomato Spider and someone had completely made it up! We researched safely on the internet to see if we could find any information on a Tomato Spider and we couldn’t find a thing!

We were shocked to find out there was no such thing as a Tomato Spider, but this taught us that not everything we see on the internet is true and that we must always check with an adult when looking online at things we are unsure of.

We really enjoyed our Christmas Fayre!

We hope you enjoy our performance.

Today was our Reindeer Run… it was a very windy and cold day but we successfully managed to complete our mammoth 6 minute run! We did this run to raise money for St Mary’s Hospice. The children have been working so hard, raising as much as possible, for such a wonderful and caring charity. Everyone loved wearing their reindeer ears and were lucky enough to take them home with them!
We are looking forward to see what our grand total is before the end of term.
Well done Year 2, we are super proud of you all for your hard work running and fundraising. 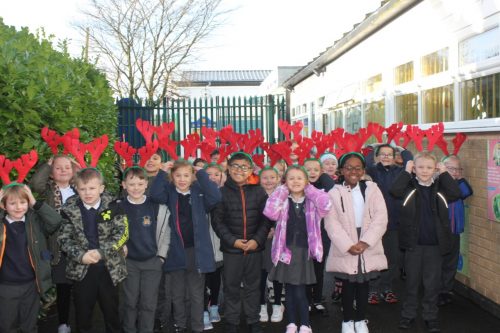 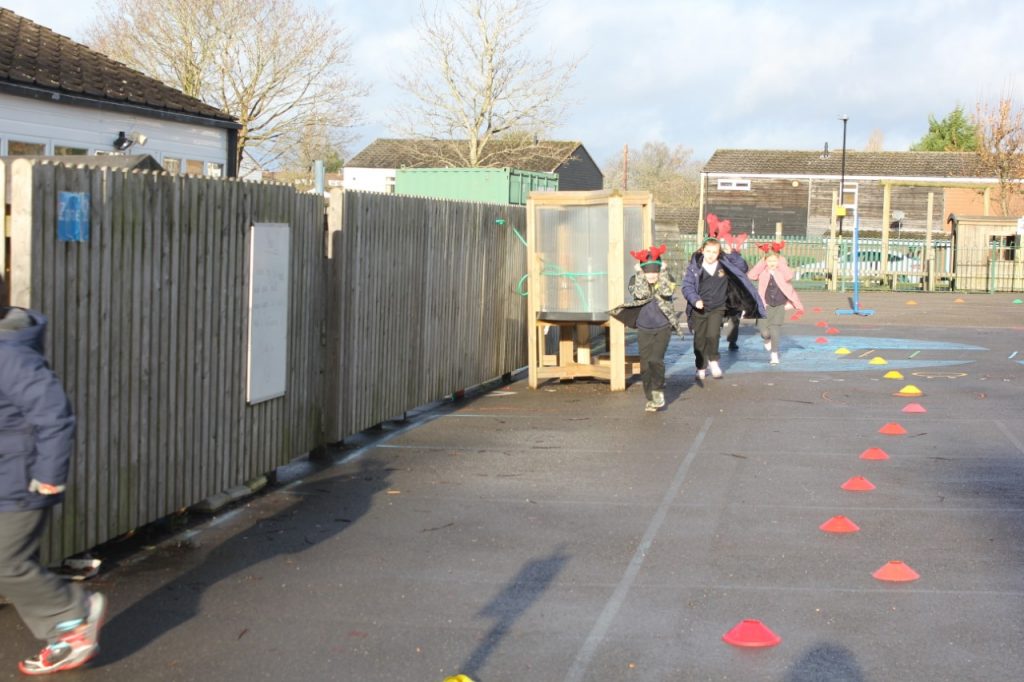 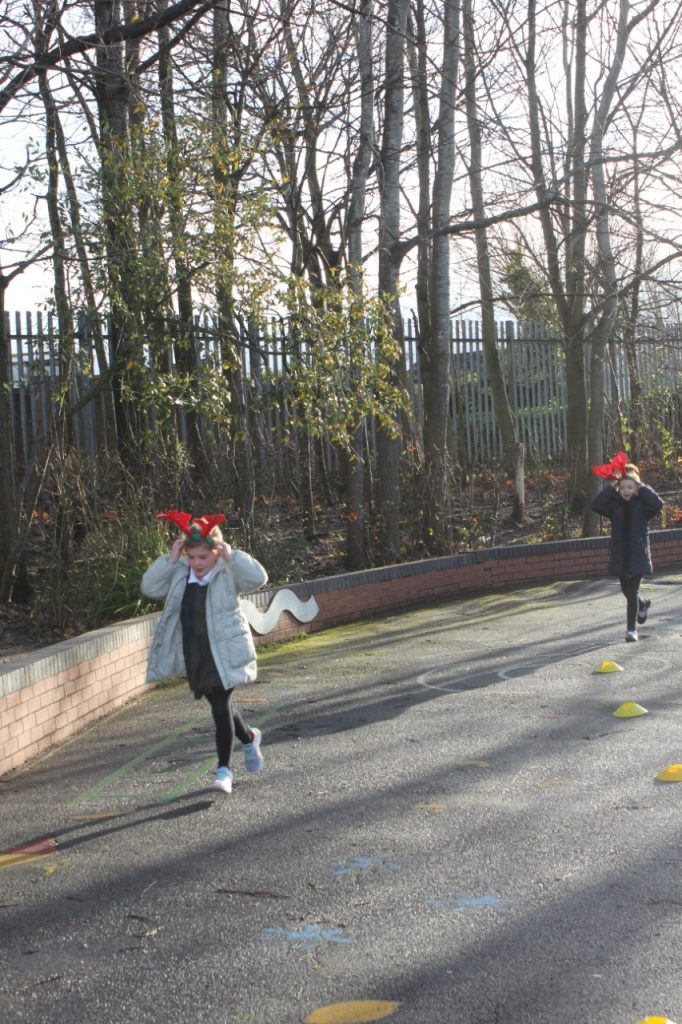 As we are on the build up to Christmas we have been exploring the British Traditions of Christmas.
We had a class discussion about what the true meaning of Christmas is. Does it belong in the shops or does it belong in spending time with family? We spoke about which things we would like for Christmas that cost money. The children came up with lots of different ideas such as toys, cars and DVDs. We also discussed how we can give things for Christmas that don’t cost money. We came up with spending time with family and friends and how some of us might go to church to celebrate. 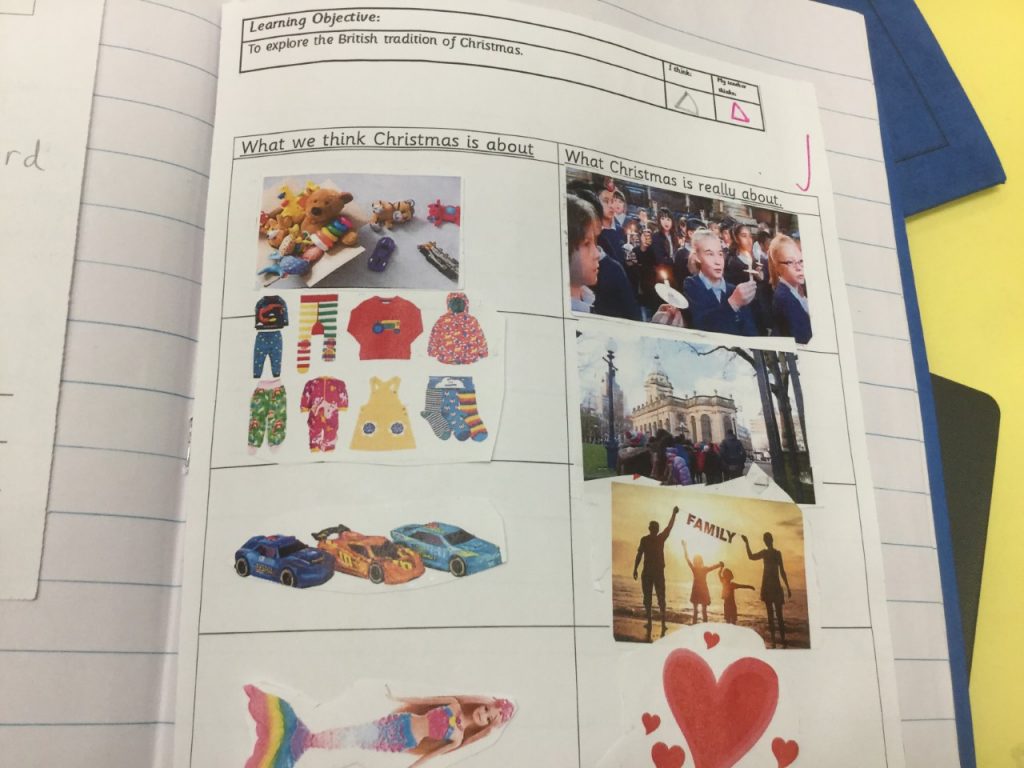 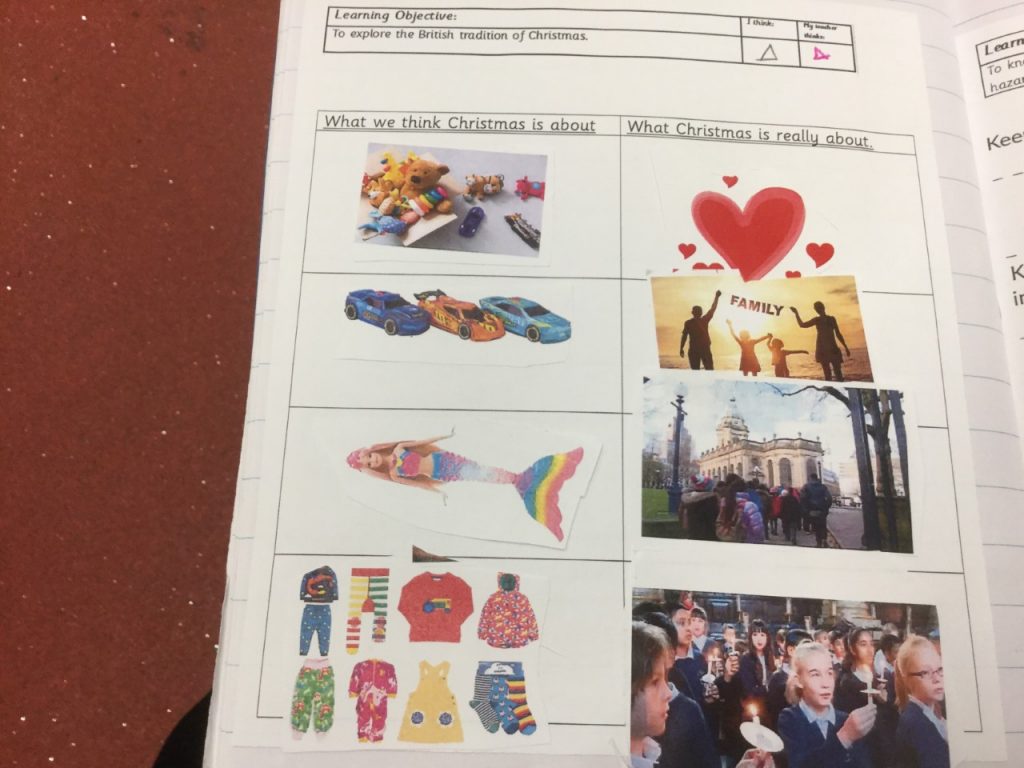 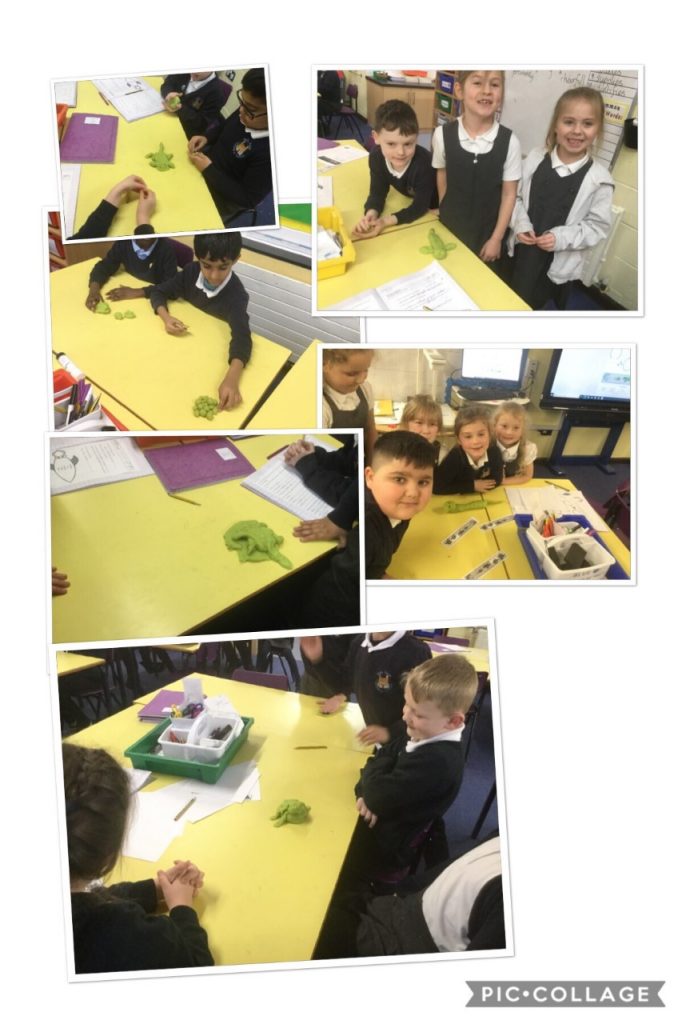 Over the last few weeks Toucans have been composing their own music using the notes C, D, G and E. We have been using symbols to represent our notes. We together chose a star, square, circle and a triangle. We’ve only had a short time to practise, but next week we are putting all of our learning together from our composing lessons and presenting our group performances. 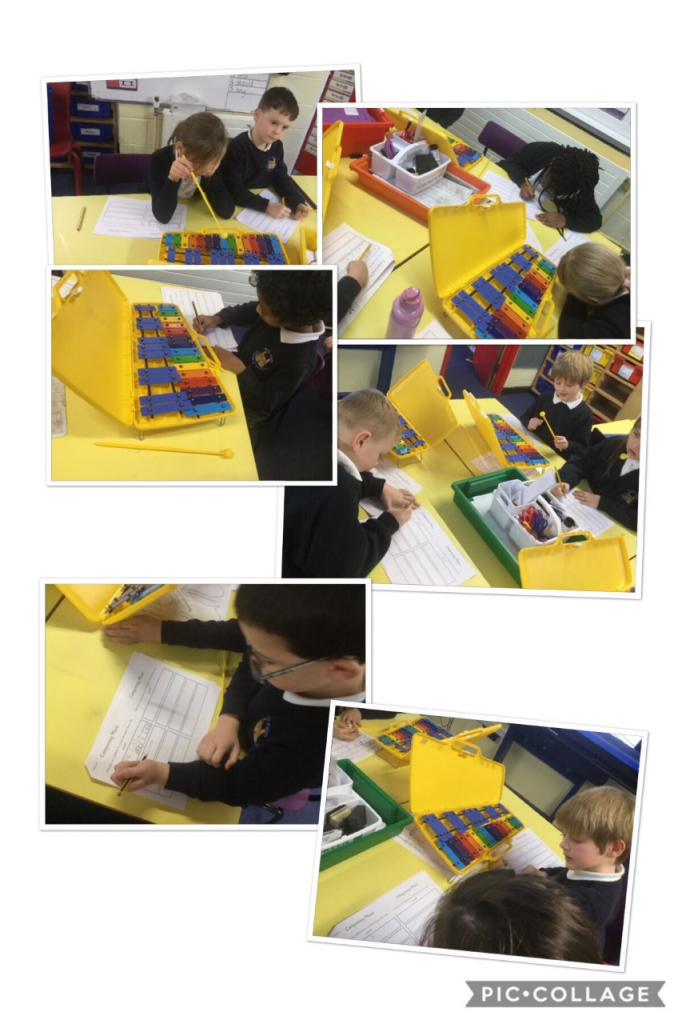