This week, Toucans have enjoyed looking at lots of paintings of the Great Fire of London. The class realised this was another way in which we have learnt about the past. Although the pictures were all of the same scene, they were very different! We talked about which ones looked the most realistic and which were the most effective. Toucans then got to work to make their own interpretation of the same event. They created silhouettes of the roofs by using black card. Well done Toucans! All the pictures on display in our classroom. 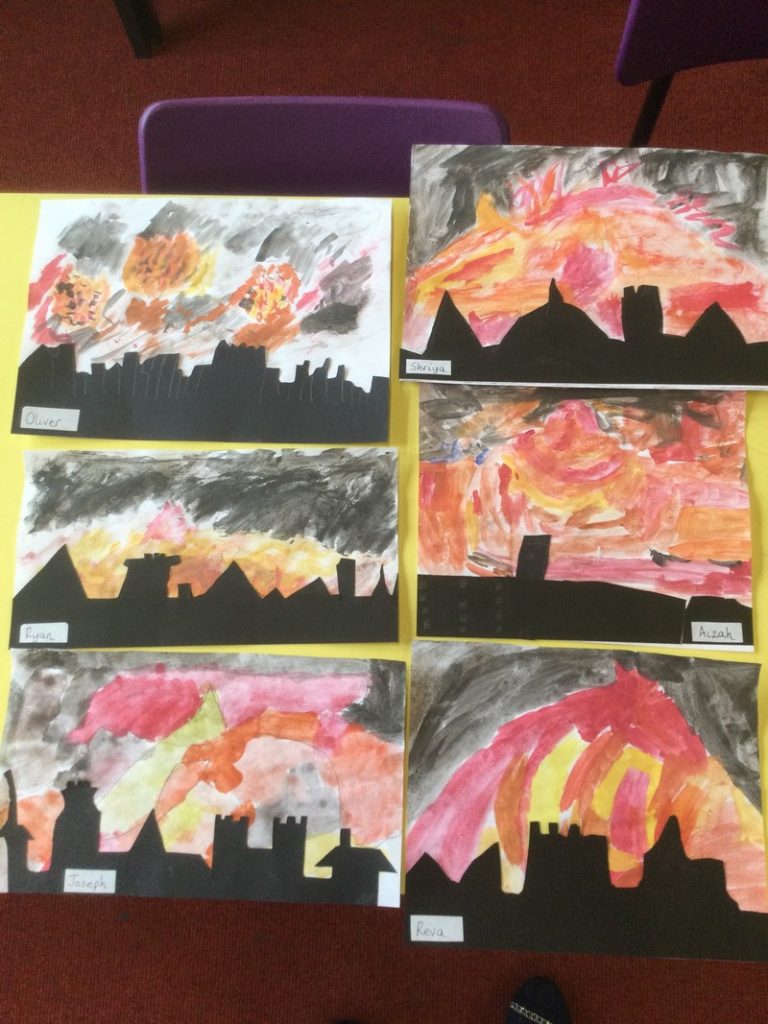 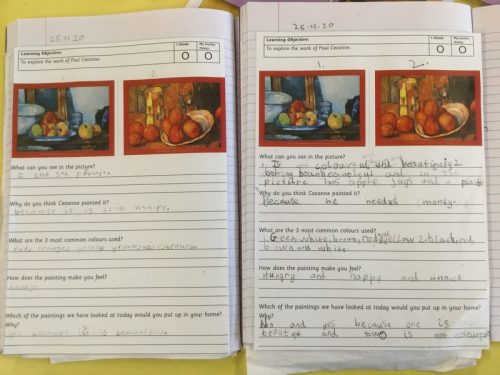 Toucans found out all about the French artist Paul Cezanne this afternoon. They realised he was alive during the Victorian time period, which meant he was alive at the same time as Florence Nightingale and Mary Seacole!

Toucans thought his work was a bit dull and boring at first but once he began to paint nature, his work became more colourful, warm and cheerful. Karly said he was inspired by nature. The children studied a variety of pictures he had painted with acrylics and watercolours. Did you know he painted 1,300 paintings?! 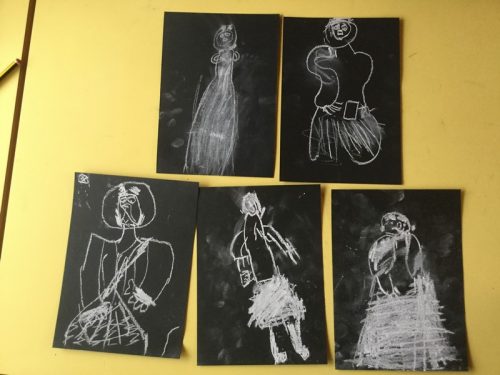 On Friday, Toucans experimented with chalk and charcoal to create their own portraits of Florence Nightingale. They looked at a range of images of Florence beforehand and really enjoyed the lesson. 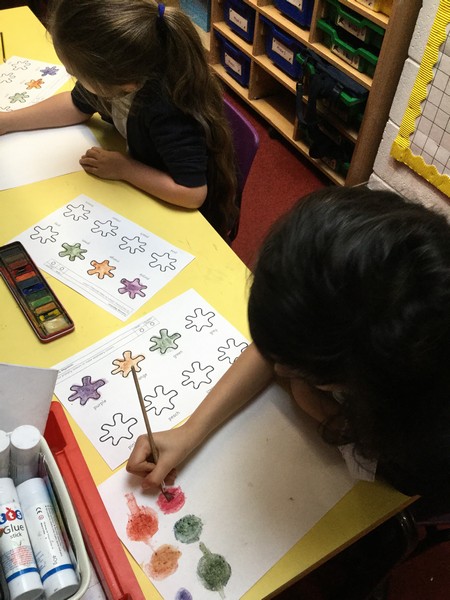 Today in Art we learnt how to use primary colours to make secondary colours. We learnt that red and blue make purple, yellow and blue make green and red and yellow make orange. We then practiced adding white and black to colours to see what happened. Finally, Miss Williams challenged us to find out which colours would mix to make peach, cream and brown. We thought it was great fun! 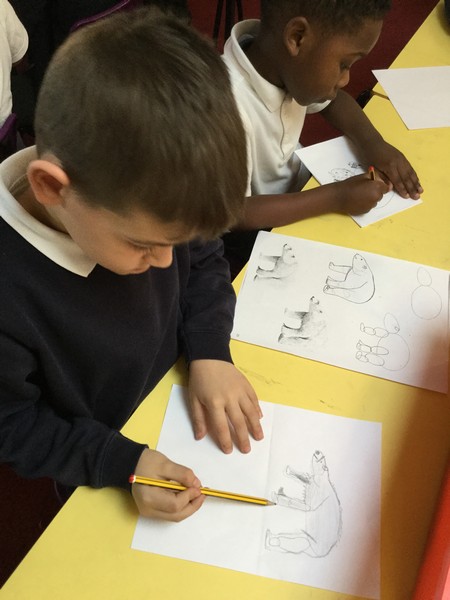 Today in Art we learnt how to draw a polar bear. We concentrated really well! We practiced adding texture and shading. 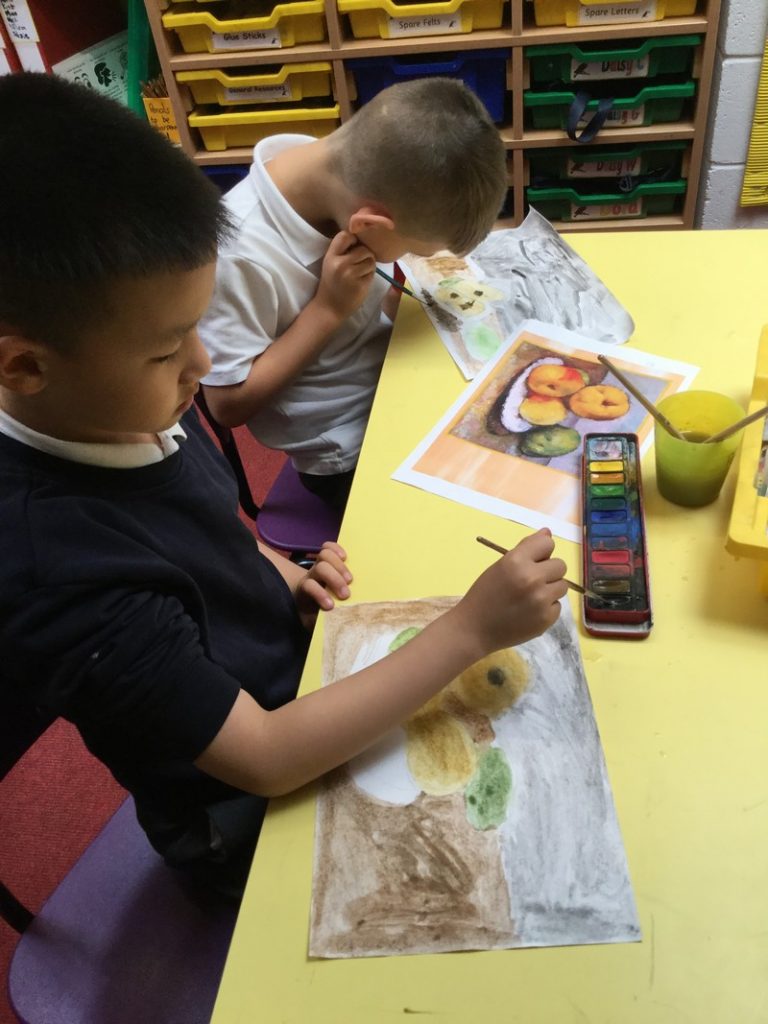 Today we painted our pictures in the style of Paul Cezanne. We learnt how to use watercolours and then tried our own. 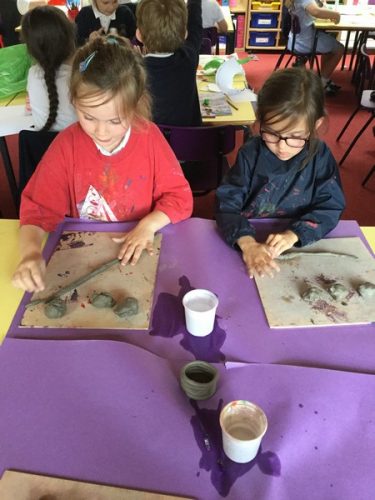 Today we learnt about different art that tribes living in the rainforest produce. We learnt that they use the materials of the rainforest to make different sorts of art. They use wood, feathers, body paint and leaves to decorate themselves and their houses. They also make things they can use like baskets and blowpipes.

We learnt they use clay from the ground to make coil pots then we practiced making our own. It was great fun and very messy! 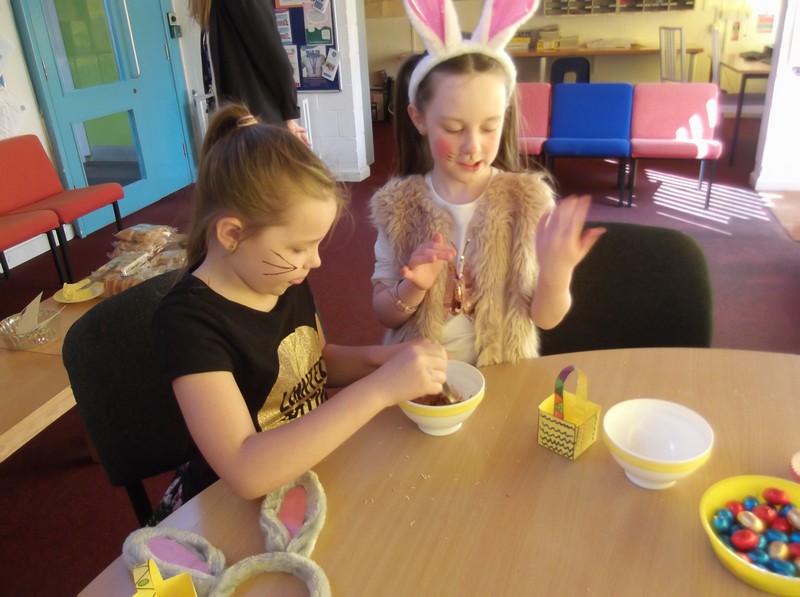 Today we made some delicious Easter nests! We had great fun crushing the shredded week and making our own mixture. We even got to lick the spoon after – YUM!!!

Today we have had a very arty afternoon! We have been using lots of different media to make arctic animal pictures. 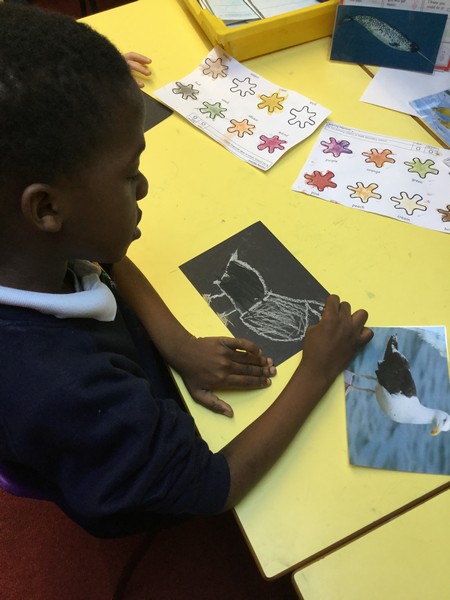 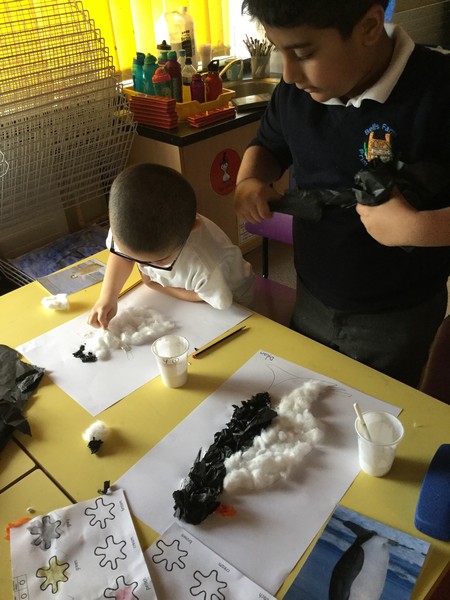 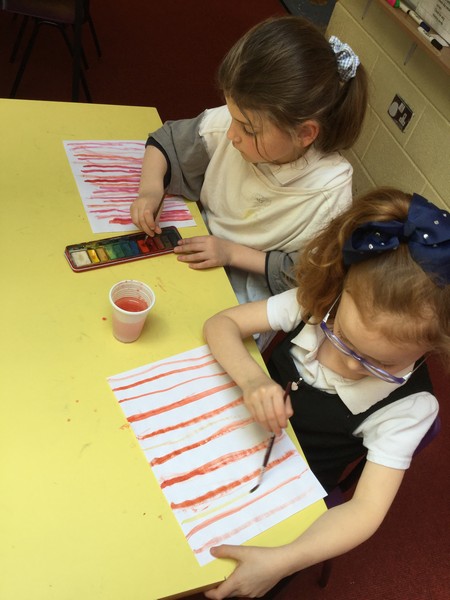 Today we did some artwork related to the Great Fire of London. We used watercolours to make the flames in the background and we are going to add silhouettes of the houses later in the week.