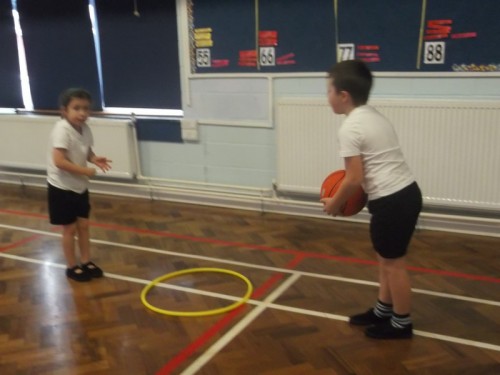 Today in PE we continued to develop our throwing and catching skills. We have been learning about the different sorts of passes over the last few weeks. Today we used these passes to play some games. We are working really hard to improve our skills. 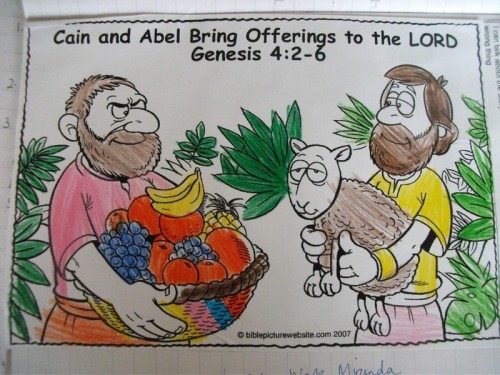 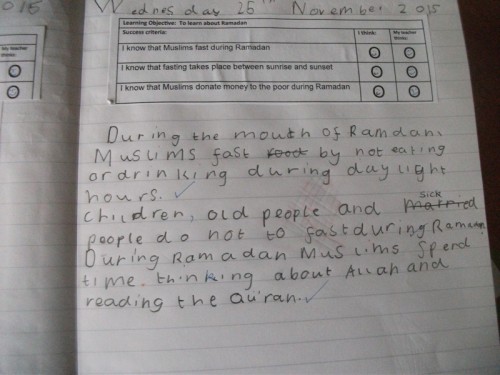 In RE this term Year 2 have been learning about lots of different things. They have been talking about right and wrong and how we make decisions to do the right or wrong thing. They looked at the bible and the ten commandments and discussed how Christians use the commandments as a guide to doing the right thing. The class also listened to the story of two brothers called Cain and Abel and how Cain made the wrong choice.

We are now looking at different religions. Today we looked at the Muslim faith and what Muslims do during and after Ramadan. We will then look at the story of Christmas in the next few weeks. We have worked really hard. 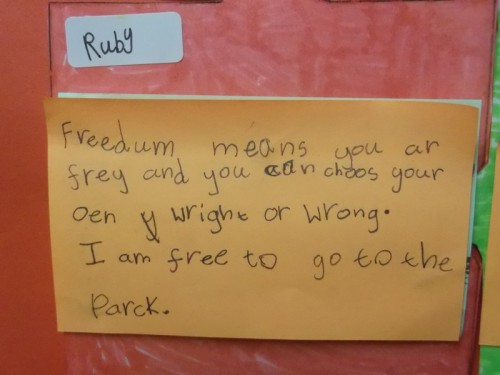 This month our School value word has been freedom. Year Two have discussed freedom in many different ways. We have noticed more when we are free to make our own choices. We have also learnt that with freedom comes responsibility. We have learnt lots of ways in which we are free to decide for ourselves linked to rights and responsibilities. Miss Williams gave us the freedom to choose what filling we used on our sandwiches in DT. We had to be responsible with this freedom to ensure our sandwiches were healthy. We have been given the freedom to choose who we work with in some of our lessons. We have had to be responsible and choose children we can work sensibly with. We have decided what freedom means to us and thought wisely about our responsibilities as well. Have a look at our ideas – we are becoming very mature children. 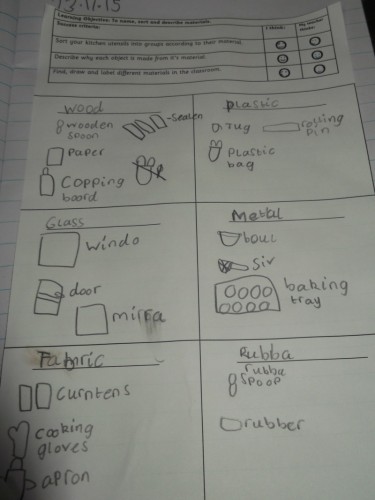 Today in Science we learnt all about different materials. We had some kitchen utensils to look at and we worked in our groups to sort them. First we used our own ideas (spoons/not spoons and what they were used for) and then we sorted by the material they were made from. We learnt that different materials can sometimes be used for the same objects. For example we looked at spoons. We decided the metal spoon was good for eating from but not good for stirring on the hob because it would get too hot. We decided the wooden spoon was good for mixing because it is strong and it’s good for stirring on the hob because it wouldn’t burn. We decided plastic spoons are good for mixing but not for using on the hob because they will melt. We then looked around our classroom to see what objects were made from. Well done Oscar, Ava, Paris and Reuben for a piece of excellent work.

Here are our superstars! We had 12 children move up a number club this week which was our best ever! We also had some children receive their yellow behaviour badges. These children have attended school every day and behaved impeccably. Very well done to you all. 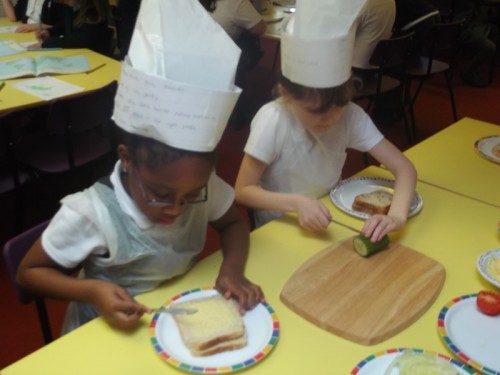 As part of our DT work Toucans have designed and made healthy sandwiches. We had to think about how to make a sandwich that would be healthy but also enjoyable. Our challenge was to choose ingredients from at least three different food groups. We designed our sandwiches last week then we made them today.

We practised the skills we have been learning, making sure we worked safely and hygienically. The sandwiches have gone home with us and we are asking our parents to fill in an evaluation form. We will keep you informed of the results! 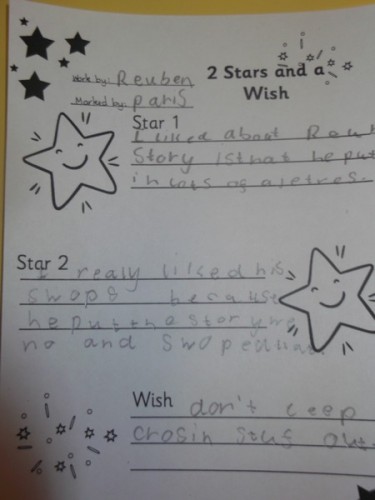 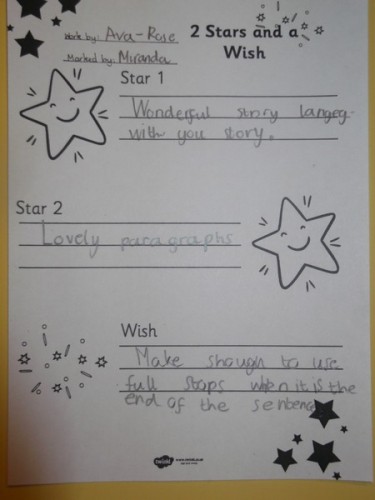 This week we have worked extremely hard in our English lessons to write our own versions of Little Red Riding Hood. All the children had excellent ideas for changing the story using our Talk for Writing and a boxing up planning grid. Today we edited and improved our own stories and then shared them with a partner. We had our first try at marking each other’s work. We told our partner two things we really enjoyed about their story and one thing they could have done even better. Tomorrow we are looking forward to sharing our stories with Year 1.

Today in Circle Time we focused on anti-bullying week. We learnt about what makes a bully. Everyone is unkind sometimes but we agreed a bully is someone who hurts you or your feelings Several Times On Purpose. This week we are going to all try and do a random act of kindness to promote kindness not bullying or unkindness. 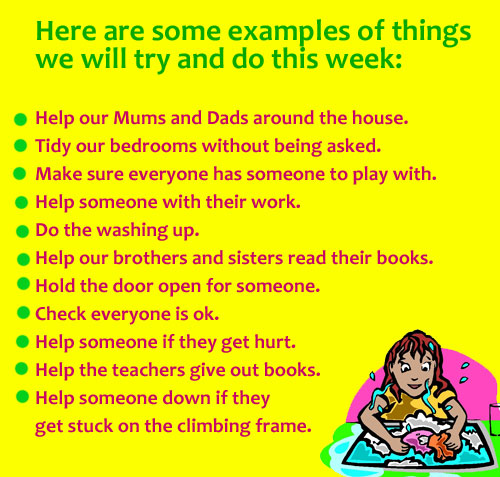 Miss Williams will be checking what we have done in our check-out on Friday afternoon. Good luck everyone! 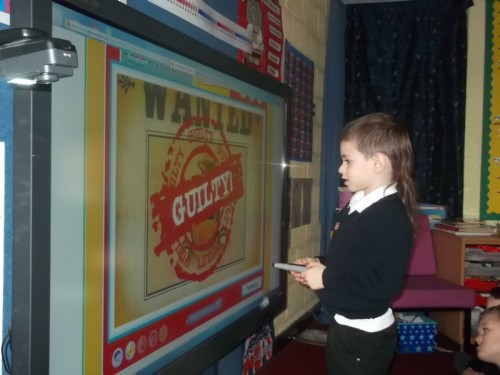 Today we looked at cyber-bullying and staying safe on the internet. We used this website: http://www.netsmartzkids.org/RoutersBirthdaySurprise/Adventure to help us get Netsmart! 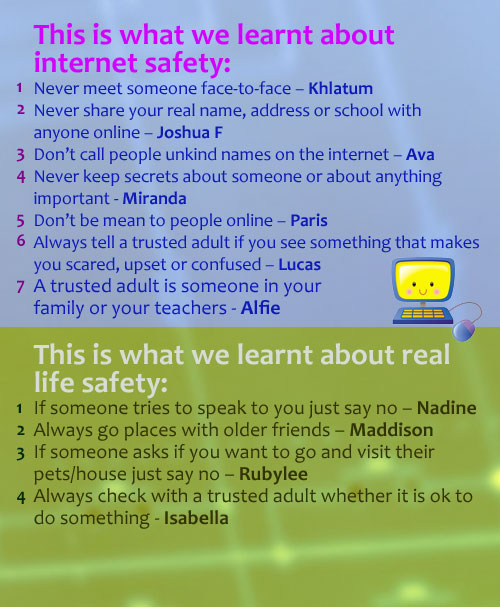 When we arrived we met Thelma. She was the person who showed us around and introduced us to everyone else. The first place we went was the bakery. We met Baker Ben who showed us all the different stages of making bread. We found out about the ingredients and then worked through the process learning all about the machines. First they mix it, then divide it, then they prove it and finally they bake it. We even got to have a go at making our own bread. Baker Ben made it look a lot easier than it actually was! 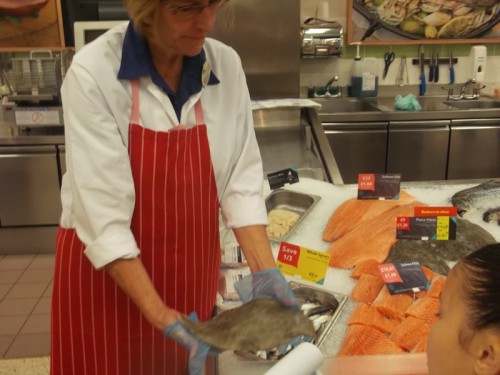 Next we met Tina who worked on the fish counter. She introduced us to different types of fish. We looked at them and learnt their names. It was interesting to look inside their mouths and gills. Tina told us a tuna fish can swim up to 60mph… this is faster than cars on normal roads! We were very impressed with the different fish.

After that we moved along to the cheese counter where Theresa told us all about 3 sorts of cheeses which we then tried. Applewood was a smoked cheese and tasted a bit like a BBQ. Wenselydale with mango and ginger was our least favourite! Nearly all of us liked the Five Counties cheese which is made in 5 different places in England. We learnt that cheese can come from different animals: cows, goats, sheep and buffalo.

Next we went into the warehouse at the back of the store. We went in the fridge, it was a bit chilly at -2 degrees! We were surprised at how big it was. Then we went into the freezer which was -22 degrees! It was absolutely freezing so we just walked in and straight out! We also looked at how Tesco recycle their rubbish to generate electricity. 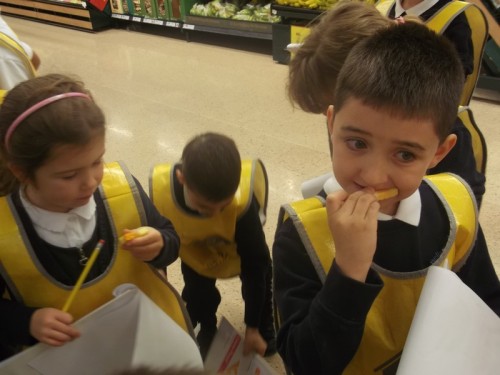 Finally we went into the meeting room where we tried some of the breads we had watched being cooked. We tried cheesy tiger bread and seeded bread. Most of us thought they were delicious! We also had a drink and some fruit which we needed after all that walking around!

Overall we had a fantastic day. We learnt lots of amazing things and it was a very interesting experience.