This month we are focusing on the value word Honesty. We started by thinking about what honesty means. This is what we can up with: 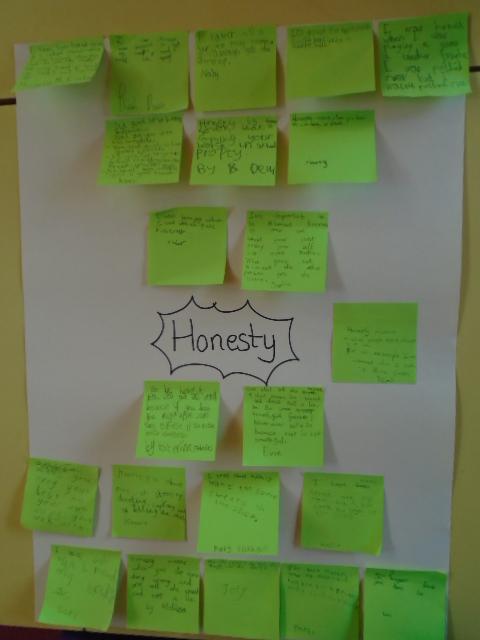 Year Two had a very sensible discussion about honesty during Circle Time this week. We discussed times when we had been honest when we had done something wrong. 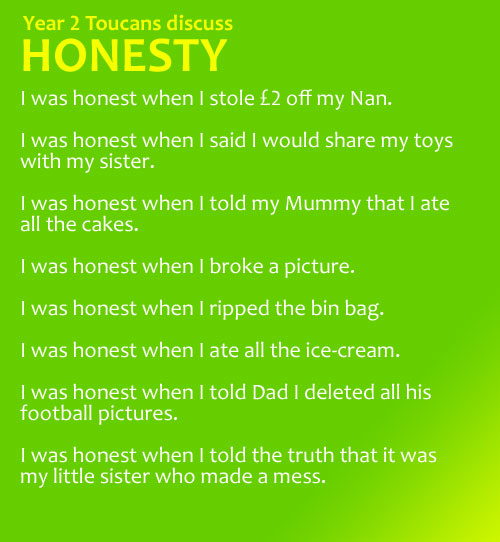 In Thursday’s class assembly we read the story of ‘The boy who cried Wolf’. It was about a boy who played a trick and lied so many times that when he was telling the truth and no longer playing a trick, nobody believed him. We discussed this story and decided that…

One thought on “Discussing our value word – Honesty”

This site uses Akismet to reduce spam. Learn how your comment data is processed.